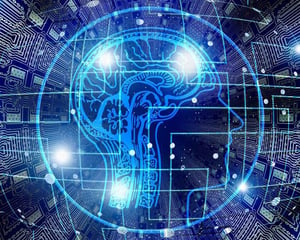 With more board configurations than there are atoms in the universe, the ancient Chinese game of 'Go' has long been considered a grand challenge for AI. In March 2016, the worlds of Go and AI collided in South Korea for an extraordinary best-of-five-game competition. Hundreds of millions of people around the world watched as a legendary Go master Lee Sedol took on an unproven AI challenger for the first time in history.

The documentary “AlphaGo” chronicles a journey from the halls of Cambridge, through the backstreets of Bordeaux, past the coding terminals of DeepMind in London, and, ultimately, to the seven-day tournament in Seoul.

On February 15 (starting 16:00 EST), the ACEDS Benelux Chapter is screening this unique movie in Pathé Tuschinski in Amsterdam. Prof. Jaap van den Herik will introduce the film. As one of the pioneers in the field of Artificial Intelligence and intelligent legal system, he will explain what this breakthrough means for legal tech and the future of the legal world. Attendance is free after registration.