The 2015 FRCP Amendments: An overview of modern eDiscovery obligations

Introduction – A return to form for the FRCP

The Federal Rules of Civil Procedure were created in 1938, with the goal and purpose stated in Rule 1: “to secure the just, speedy, and inexpensive determination of every action and proceeding.” To anyone who reads this first rule today, the stated purpose of the rules seem to be at odds with modern-day reality. Indeed, a US Courts survey report from 2008 states “Every day, corporate and defense counsel must confront the legal fact that although well-intentioned, the Rules are falling well short of [the FRCP Rule 1] goal. The reality is that the high transaction cost of litigation, and in particular the costs of discovery, threaten to exceed the amount at issue in all but the largest cases.”

Through amendment in 2015, a number of significant changes have been made to the FRCP, with many of the alterations aimed at speeding up the process, increasing collaboration and strengthening the concept of proportionality in the procedures. For instance, FRCP 1 was amended to include language that emphasizes cooperation between plaintiff and defendant in working towards a resolution: “just as the court should construe and administer these rules to secure the just, speedy, and inexpensive determination of every action, so the parties share the responsibility to employ the rules in the same way.”

Though minor, the amended rule seeks to end (or at least mitigate) the adversarial attitude between plaintiff and defendant that led to Rule 1 reading more and more like a pipe dream. With time spent on, and cost associated with civil litigation spiraling out of control (the 2008 survey noted a 9% year-over-year increase in litigation costs in the first decade of the 21st century), the parties are now held to be just as invested in achieving a just and speedy resolution as the courts already were.

Timing is everything: FRCP 4(m), FRCP 16, and FRCP 26(f)
Discovery on the clock: FRCP 26 and FRCP 34
Initial disclosure under FRCP 26(a)
A return to proportionality
Constructive and specific objections: FRCP 34
Conclusion

The addition of Rule 4(m) sets the time to serve a defendant after a complaint has been filed at a maximum of 90 days, down from 120. In case the plaintiff does not serve the defendant within 90 days, the court must dismiss the action without prejudice. The only way for a plaintiff to avoid this is if they can show “good cause” for their failure to serve.

Once a defendant has been served, the clock starts ticking as FRCP 16, which deals with pretrial conferences, scheduling, and management, sets a window for the scheduling conference to be at most 90 days. This time limit has also been reduced from 120 days to 90 in an attempt to reduce delays at the onset of litigation.

For legal teams, the changes made in FRCP 4(m) and 16 signify a considerable tightening of the schedule: in FRCP 26(f), it is determined that a conference of the parties to plan discovery is to be held at least 21 days prior to the scheduling conference. Meanwhile, initial disclosure is determined in FRCP 26(a) to occur 14 days after the conference of the parties. In practice, that means teams have only 69 days after being served to determine a discovery plan, and that initial disclosure occurs at most 83 days after being served.

At most, 69 days after being served, parties are to have a conference. In FRCP 26(f)(2), it is specified that parties are expected to:

The result of this conference, called the Joint Discovery Plan, must be filed within 14 days after the conference. This makes the 83rd day after serving the complaint an important one, as it is the deadline for both the discovery plan and the default deadline for initial disclosure. What exactly goes into a Joint Discovery Plan is detailed in FRCP 26(f)(3), and can be seen in templates such as this one.

One key change in the 2015 amendments is the addition of Rule 26(d)(2), which is added to allow a party to deliver information requested under Rule 34, which can be used to procure specific pieces of evidence. Crucially, the new rules allow for that specific information to be requested, even prior to the Rule 26(f) conference and initial disclosure.

Initial disclosure under FRCP 26(a)

Each side is obligated to provide this information to the other. Additionally, the plaintiff has to disclose exactly what damages they are seeking to the defendant, and include an explanation of how that damage was ascertained, while the defendant is to provide the plaintiff with information regarding any insurance agreement they have, that they may use to satisfy a possible judgement. The actual size of an initial disclosure is not set in stone, as it depends on how many sources are available. 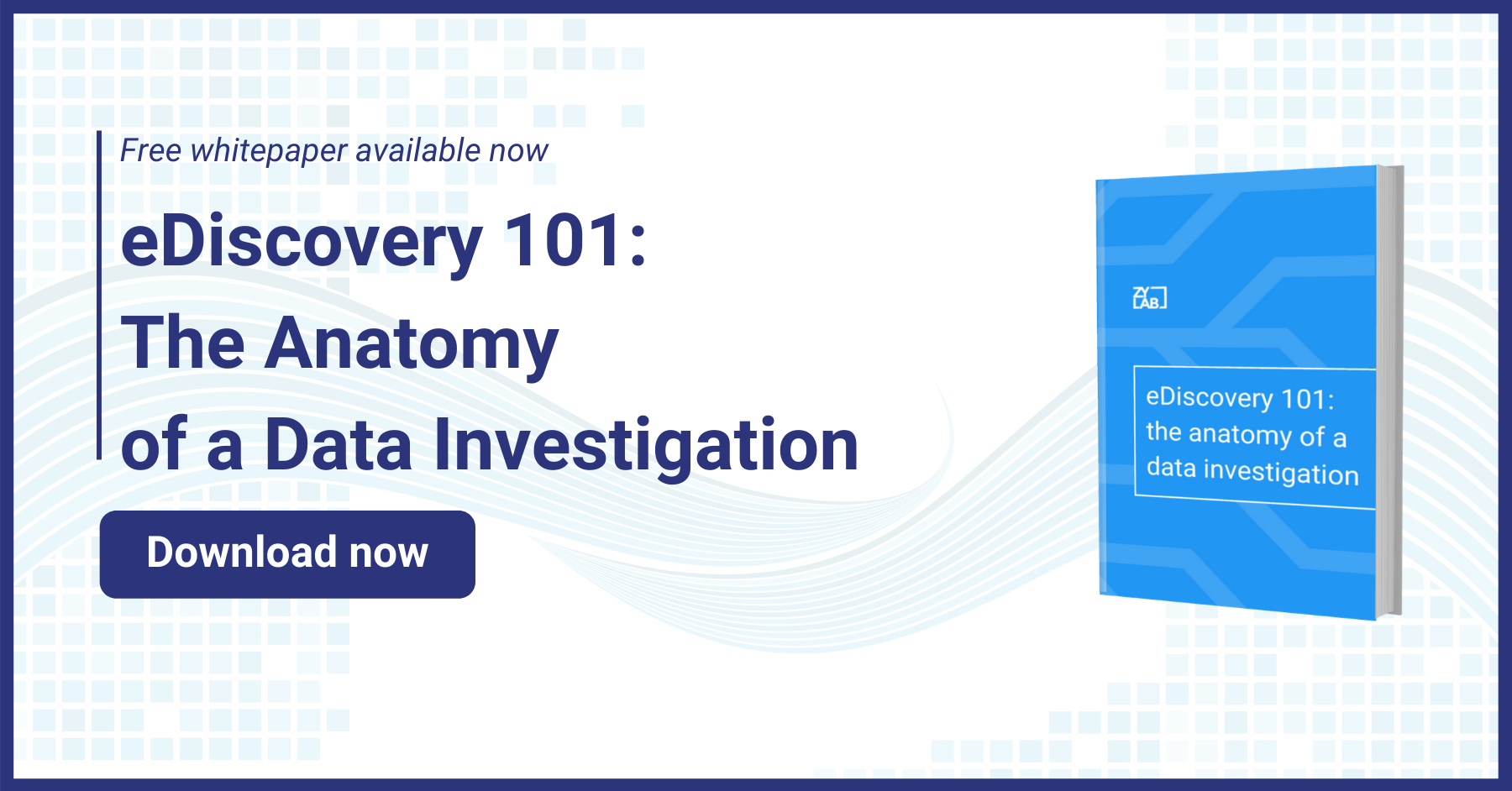 The return of proportionality

In terms of consequences for eDiscovery, the most impactful change that came with the 2015 amendments is a renewed focus on proportionality, specifically in FRCP 26. As the amendment itself states, the renewed focus stems from a sense that discovery has been spiraling out of control, and has become an increasingly pressing challenge to the intended goal of the FRCP as laid out in Rule 1.

In the notes on the 1983 amendments to Rule 26, the Committee signaled that even then, the scope of discovery was increasingly at odds with the intentions of the FRCP: “rule [26] contemplates greater judicial involvement in the discovery process, and thus acknowledges the reality that it cannot always operate on a self-regulating basis.” In 1993, the Committee noted the same sentiment again, if not with even more urgency: “the information explosion of the recent decades has greatly increased both the potential cost of wide-ranging discovery and the potential for discovery to be used as an instrument for delay or oppression.” The 2015 Committee joins in on this growing concern, adding: “what seemed an explosion in 1993 has been exacerbated by the advent of [eDiscovery]. The present amendment again reflects the need for continuing and close judicial involvement in cases that do not yield readily to the ideal of effective party management. (..) [T]here will be important occasions for judicial management, both when the parties are legitimately unable to resolve important differences and when the parties fall short of effective, cooperative management on their own.”

The Committee’s attempt to turn the tide can be found in FRCP 26(b)(1), where language adding proportionality consideration to part of the scoping definition of discovery. In practice, this means that discovery requests can be subjected to a proportionality test, which considers:

If the discrepancy between the parties’ means and access to information is great, the court may even decide to re-allocate the expenses of the discovery, per Rule 26(c)(1)(B). This proportionality test is equally applicable to discovery requests under Rule 34. These new rules seem to have had the desired effect, as the American Bar Association noted that the new proportionality rules seem to be having the desired effect.

With restrictions added to discovery requests under FRCP 34(a) in the form of the proportionality test discussed above, limits are also applied to potential objections to such requests. Assuming a request passes muster per Rule 26(b)(1), the receiving party is expected to comply within 30 days, unless it gives a specific reason as to why they object. As part of the ongoing effort in the 2015 amendments to allow for a more expedient process, discovery requests can also be made prior to the conference of the parties and initial disclosure, although Rule 34(b)(2)(A) does specify that such requests need only be delivered within 30 days after the conference of the parties has occurred, at most 69 days after the defendant has been served.

Crucially, as per the amended Rule 34(b)(2)(B), objections to discovery requests must be specific and provide with specificity why they object to the request. In practice, this would mean that the objecting party would have to specify, for instance, how a discovery request imposes an undue burden. The objection would see the discovery request weighed against the proportionality test, and be granted or dismissed accordingly. Boilerplate responses, as were commonplace prior to this amendment, are no longer accepted as they often lack specificity. What’s more, the 2015 Committee also notes that objections to requests ought to be constructive: “An objection may state that a request is overbroad, but if the objections recognize that some part of the request is appropriate the objection should state the scope that is not overbroad.”

The intended result of the 2015 Amendments to the Federal Rules of Civil Procedure was to renew the promise the implementation of those rules originally made in 1938. As the decades passed, the idea of civil procedure being speedy and inexpensive became increasingly incompatible with reality. In 1993, the Advisory Committee already noted that discovery became increasingly weaponized to make both the time required and cost involved in civil litigation prohibitive. In 2015, the Committee again expressed this view, remarking that the advent of eDiscovery had made that concern much more prescient.

In remarks regarding changes to FRCP 37, the American Bar Association rightly points out that [Rule 37]’s broad language allowed for the development of standards that varied significantly among the circuit courts. (…) [Actions] resulting in relatively minor sanctions in one circuit could lead to the most Draconian measures in another circuit, and it was not uncommon for courts to rely on their inherent authority in determining sanctions.” Although FRCP 37 specifically deals with Data Preservation (read our write-up regarding Legal Hold for a more detailed breakdown), the point made by the ABA applies to the rest of the 2015 FRCP amendments as well.

By outlining a process of determining proportionality, and requiring more specificity when it comes to discovery objections, the bench has more practical and uniformly applicable guidance for decision-making. At the same time, the parties gain a framework it can more reliably use to predict outcomes of requests and objections. In their totality, the 2015 amendments to the FRCP attempt to improve civil procedures by providing the parties with more responsibilities: they too, are now called to work towards a speedy and inexpensive resolution. Speed then, is of the essence, especially when the window for disclosure has shrunk considerably, while the amount of data to sift through keeps growing. To see how ZyLAB ONE eDiscovery can help you speed up your discovery process, request a demo right here.

The FRCP and eDiscovery: 5 Common Questions Legal Teams Have [Answered]

In June 1935, the United States Supreme Court established a rules advisory committee. The goal: to establish the first draft of the Federal Rules of Civil Procedure. In 1938, those rules were first...