By 2002, we’d already come a long way. Then, we advanced so quickly that many are still struggling to catch up. Waves of innovation continually expand how we engage in public communications. 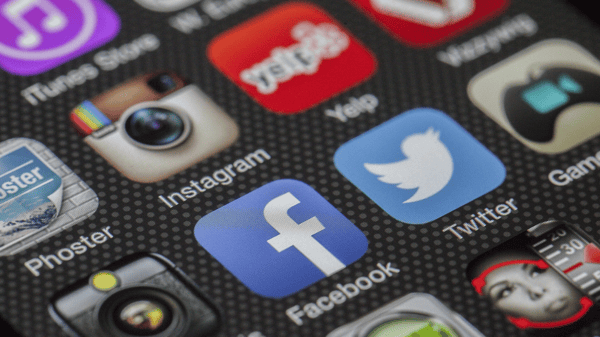 From the newspapers of the 1800's to the radios and televisions of the 20th century, more information becomes more accessible to more people with each wave of new technology. Up until 2002, government agency employees who handled public records requests were, generally speaking, on top of their game. But, we all know what happened next.

The internet carried us into the 21st century on a wave of digital communications.

In 2002, Friendster became the first social network where users worldwide came to connect with others and share information and ideas. MySpace, LinkedIn, and others quickly followed suit. Aided by mobility, rising social networks morphed into communications giants that never sleep. In 2016, U.S. users spent 215 minutes a week on social media on their smartphones compared to 61 minutes via PC and 47 minutes on tablets[1].

Now, preserving and collecting records of social media and online communications is an urgent digital-era challenge for public information officers.

Every day, government officials use Facebook, Twitter, and other online platforms, including agency websites, to communicate directly with the public. They also foster internal communications on networks such as Slack, Skype for Business, and Salesforce Chatter. And they access it all while sending texts and instant messages on mobile phones. Records of these activities are subject to disclosure under the federal Freedom of Information Act and state Sunshine or Open Records laws.

But public information officers struggle to preserve and collect social media and mobile activities because:

Trying to preserve records that are in constant flux is like trying to map the stars. Social media communications wink in and out of existence and change much too quickly.  Comments on posts can be edited or deleted before a public information officer is even aware they exist. In private groups or chatrooms, conversations can be deleted without any record they ever existed.

Tools such as Exchange Server and SharePoint preserve files even if someone tries to delete them. But social, mobile, and online communications lack permanency. This, coupled with their inconsistent state, means they are exceedingly difficult to track.

Thirty percent of social media posts contain links to third-party content. The linked content is impermanent and inconsistent, too. Link shorteners such as bit.ly and goog.le create anonymized links that can also change and expire over time.

Records aren’t just text. Images and videos are important elements to preserve. Comments, likes, and even emojis need to be captured (just imagine the trouble ¯\_(ツ)_/¯ could stir up!).

The not-so-small matter of metadata

Now, preserving social media often means printing out messages or taking screenshots. But these do not capture critical information about an electronic record – its metadata.

Metadata that is automatically maintained and updated electronically includes properties about a record such as file size, who created it, the time and date it was last modified and by whom, word count, etc.

Metadata is important because:

Other metadata such as keyword tags are added by users. In fact, federal employees are told to add “FOIA” as a metadata tag to documents posted online to help people find public information.

Preparing for the next wave

It’s been 16 years since Friendster ushered in this vast, ever-changing world of social media. How do we conquer its challenges before the next wave of communications technology sweeps us away?

Without technologies that keep pace with how we communicate, government agencies remain susceptible to the growing numbers of costly appeals and lawsuits filed by public records requesters who claim – and often prove – that they received improper denials and incomplete responses. But, technologies are available to track social media communications. They can capture the complete history of each, including edits, deletions, and metadata. With the right tools in place, information seekers can locate the records they need without even filing a FOIA request.

Armed with the appropriate technologies, public information officers can access the reliable and efficient processes they need to swiftly overcome today’s challenges and confidently sail through the upcoming waves.

Law departments are increasingly operating less like mini law firms and more like typical business units. This shift is largely due to the rise of legal operations.

The sheer volume of data involved in eDiscovery has challenged organizations and their legal professionals for years—and that was before the pandemic created a global tidal wave of online activity...