How in-house counsel can utilize eDiscovery platforms for regulatory requests

In late September 2018, it was reported that EU anti-trust regulators were investigating whether BMW, Daimler, and Volkswagen colluded to restrict the rollout of clean emission technology.

An EU executive involved in the investigation said the "circle of five" - BMW, Daimler and Volkswagen Group's VW, Audi and Porsche – may have met to collaborate on limiting the development and roll-out of certain emissions control systems for cars sold in Europe.

“These technologies aim at making passenger cars less damaging to the environment. If proven, this collusion may have denied consumers the opportunity to buy fewer polluting cars, despite the technology being available to the manufacturers,” European Competition Commissioner Margrethe Vestager said. The investigation has come almost a year after regulators raided the officers of the involved companies. 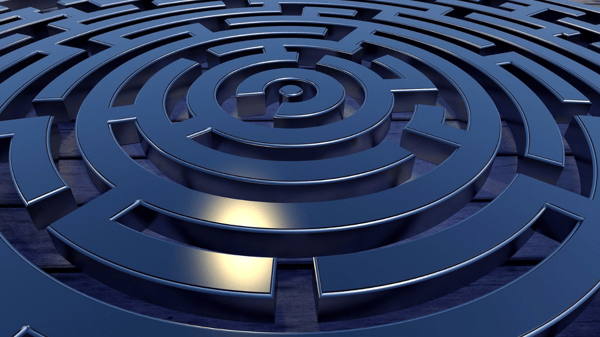 Only someone working as a corporate counsel could envisage the pressure and demands which the legal teams of these companies have been facing for the past 12 months.  And their position is not unusual.  It is common knowledge that across the US and Europe, regulatory controls have dramatically increased since the 2008 financial crises.  However, in America, the increase in red-tape pre-dates this.

The Economist has reported that between 1970 and 2008 the number of prescriptive words like “shall” or “must” in the code of federal regulations grew from 403,000 to nearly 963,000, or about 15,000 edicts a year.  And regulatory reforms show no signs of slowing down, with European tech companies now calling on the EU to draft laws to toughen up regulations designed to stomp out perceived unfair business practices by American giants such as Amazon, Apple, and Google.

A key challenge to managing regulatory requests is finding, retrieving, and sorting through the mountains of data now created by even modest businesses in order to extract and present information demanded by regulators.  With every employee carrying around the equivalent of a 1990s super-computer in their pocket or bag, in the form of their mobile phone, the cost, in terms of both time and financial resource of regulatory requests can be stratospheric.

In-house eDiscovery tools create a solution to this problem.  Being able to take back control over your information requests and the corresponding eDiscovery process, rather than outsourcing the process, means legal teams can retain full control over the searching, collating, and delivery of information pertaining to regulatory requests.

Having this control provides corporate counsel with authority when reporting to the Board on such high-stakes matters.  By having the tools to work in-house, counsel can be assured the information they are delivering to regulators is complete and accurate.  This allows them to provide confidence to key stakeholders that the risk of further investigations or raids has been appropriately mitigated.

How eDiscovery can assist corporate counsel

eDiscovery systems provide the ideal solution for dealing with regulatory requests because by using AI and analytics tools, they can narrow down the information delivered to regulators in response to vague, open-ended questions such as; who performed certain actions and what activities occurred between certain time-frames?  Providing too much data or failing to separate legally privileged information can inadvertently lead to further investigation.  However, lean answers, stripped of detail, can also arose suspicion.

Outsourcing regulatory requests or trying to make do with existing in-house technology may allow legal teams to meet demands for information, provided they are granted the luxury of time.  Unfortunately, this is rarely the case in such circumstances.  Often information needs to be identified as subject to data-protection regulations such as the GDPR, or legally privileged, within as little as ten days.  Outsourcing to an external legal team may achieve that goal, but only in exchange for a considerable dent in in-house budgets.  Likewise, bringing on the required extra resource to manually trawl through documents in such a short space of time poses a high risk of process errors being made.

Having eDiscovery tools accessible in-house, in which the legal team has been fully trained on how to use, is a cost-effective way to manage not only the demands of regulatory requests, but also the risks.

To find out more about the advantages of in-house eDiscovery software and technology, you can download our white paper entitled “Efficiently Answering Regulatory Requests”.